Don't believe people who say that 95 percent of infertility is due to psychological factors.

Unfortunately, the practice of reproductive assistive technology does not help all couples. Even taking into account the experience and technical capabilities of Korean doctors, the constant re-equipment of clinics with state-of-the-art equipment, and much more, the percentage of treatment success reaches a maximum of 60-70%. Moreover, such a high rate is observed only in young couples under 35 years of age.

Jin-Ho had a certain number of patients who, unfortunately, she could not help or who "went out of the race" after a series of failures. Each particular case the doctor remembered perfectly, it was her pain and tears. It remained only to pray for the higher powers to grant these couples a "miracle" pregnancy. 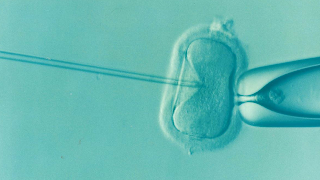 At one point, a married couple from America, very beautiful, relatively young, were being treated at the Korean Medi clinic. When they arrived for the first time for an examination, it seemed that they would not have any problems with conception, outwardly almost everything was normal.

The protocol started as usually, following the selected pattern. At the puncture, a sufficient number of mature eggs cells were taken from the wife, fertilized, and the husband's spermogram was normal. However, none of the embryos survived to the third day, and on the second day they were still too underdeveloped. And this result was several times in a row, even after changing the treatment tactics…

There could be many reasons for this: the complete failure of the genome of the husband, whose material was added to the development of the embryo on the third day, inherited genetic breakdowns in the combined genes of the husband and the wife, unsuitable conditions for development outside the uterus. But how to explain all this to young spouses who have put so much hope, time, and money in the struggle for having children? What is most terrible, when changing the type and tactics of conducting the protocol, drugs, pills for the development of embryos and whatever, the final results were untenable.

The couple from America repeated the protocols several times at the clinic "Korean Medi" and very much believed in success. Only in the last IVF Protocol there was a chance: one embryo survived until the third day, but it was weak in the quality of intracellular mass. However, in the heart of Dr. Kim Jin-Ho and the couple, hope was born, and the strongest supporting therapy for the development of pregnancy was prescribed.

12 days after the transfer, the woman treacherously began to "bleed", the lower abdomen ached as on the monthly period, and that was all… a failure. Unfortunately, a test for HCG the next day confirmed the worst suspicions, pregnancy did not occur. In such cases, they say that nature cannot be changed: if a couple is not destined to have children, then all the best possibilities of modern medicine will not help.

There are also more mysterious factors of pregnancy absence that can be treated due to the development of reproductive technologies, are autoimmune processes in the body of a woman. Few people have heard about them, but today, every seventh infertile woman has such problems. There are such cases when a woman's body contains so-called killer cells of her own immunity, which reject the embryo when it's attached, or male cells-sperm, or do not allow the fetus to develop, leading to the freezing of its development. Of course, modern 21st-century technologies in the field of fertility have several ways to suppress the immune response of aggressive killer cells. For example, such as immunoglobulin IVS, prescribed to the patient immediately after embryo transfer and later in support of pregnancy. However, sometimes even such tricks can't help you to trick on the body, at least after the first attempt of IVF.

"You should not give up if your first attempt fails," said the doctor of one of the patients with an autoimmune factor. "You need to try and try until the result is achieved! Some are "lucky" and after one attempt of IVF get pregnant, and someget the result only after the fifth. With a positive test, you will have to be regularly checked up by an immunologist and a hematologist for the entire pregnancy, in order to restrain your cells and prevent them from affecting the development of the fetus!

"We have not been able to get pregnant for so many years,we had a diagnosis infertility of unknown origin! We tried every treated, up to homeopathy and leeches! Was it all caused just by some immune cells?" asked the patient and her husband.

"I have had couples with an autoimmune factor and almost all of them, even if not from the first attempt, but from the second, the third, got pregnant and eventually gave birth to a child. This is an insidious diagnosis, but it is quite treatable with the help of modern drugs. You must believe in yourself and in medicine, otherwise why did you come here?"

"Yes, you are right, we need to try, because as they say,nothing ventured, nothing gained,"the woman agreed.

"You should understand that there is no diagnosis of infertility of uncertain origin, there is always a reason for not getting pregnant, and only an experienced doctor can get what that reason is. Don't believe people who say that 95 percent of infertility is due to psychological factors, just the opposite, 95 percent is due to physiological reasons!"

at April 14, 2021
Email ThisBlogThis!Share to TwitterShare to FacebookShare to Pinterest