Such a controversial Las Vegas!

The life of the city depended on the visiting guests who came here for the sole purpose of spending money. And the more they spent, the more they were welcome. During the day, Las Vegas looked pretty decent: warm sunlight glinted off storefronts and tall office buildings, and the stream of office managers working and scurrying back and forth; sometimes they even met moms with children and elderly retirees. In general, except for the obsessive advertising at every turn, Las Vegas by day was like hundreds of cities in the world, living in the rhythm of complex human relationships. However, everything changed with the coming of darkness…

Thousands of lights were lit here and there, giving the impression that every building was either a casino or a restaurant or at least a coffee shop. The streets of the city were lit up everywhere with various posters, neon ads, colored lanterns; half-drunk people were entering and leaving the establishments. There were many times more cars on the roads than in the daytime, and they were very expensive cars, brand-name brands. Handsome looking men and women in sumptuous evening dresses came out of them, smelling of the exquisite aromas of expensive perfumes, going either to play or to dinner, not caring at all about those who remained behind the scenes of their elite life. There were plenty of those left behind, too: casino and hotel attendants, drivers of expensive cars, and eventually prostitutes and beggars. The sexual satisfaction industry in Las Vegas is actually approved by the administration and brings in a lot of money, so booming on all the significant streets of the city. Here you can always find "goods" for every taste and purse, and even representatives of non-traditional orientation. Looking from the outside at all this masquerade of wealth and poverty, it becomes quite clear why Las Vegas won the fame of the "City of gambling and sins". Neither the police nor the authorities were in sight, but there were a few big guys standing at the front of each establishment: Vegas had its own mafia and its own rules, everything looked beautiful and luxurious from the outside, and the inside was rotten with mold.

"Let's go check out the video screen on Fremont Street. By the way, they say it's made in South Korea," Kevin offered.

"Of course I want to see it!"Jin Ho never stopped admiring the scale of the business industry.

A magnificent screen-dome in the form of an arch was created by the Korean company "LG" its length was four blocks, and it was as high as thirty meters, it was located on the pedestrian part of Fremont Street. There were some ads and video shows on it, and from time to time clips of songs by popular artists were included. Jin Ho was unpleasantly surprised and shocked to see the public walking along the street: companies of men and women dressed in ridiculous depraved costumes were mostly drunk. The police took a glib view of it. Jin Ho was shocked to see a naked man walking innocently under the screen ing-string pantie sand horns on his head, pretending to be an imp. It was disgusting, but she didn't show it. 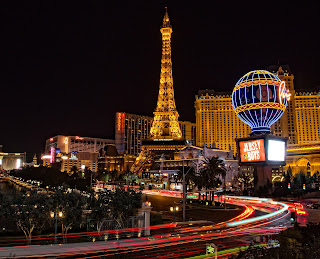 The young couple was completely exhausted that day: they went to the Amusement Park, walked along the main streets of the city, where they had time to see a replica of the Brooklyn Bridge, the Egyptian Pyramid and the figure of the Sphinx, as well as a medieval castle and other Grand buildings. Finally, they decided to visit the chic territory of the "Bellagio" hotel where they sat on a cozy bench in the light of music fountain. Hugging each other, the young people looked with pleasure at the amazing music fountain, which glowed with all the colors of the rainbow.

at April 27, 2021
Email ThisBlogThis!Share to TwitterShare to FacebookShare to Pinterest