Visiting the Snow Queen (The method of embryo cryopreservation) 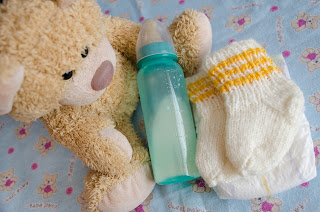 "Far, far away, beyond the high mountains of Korea, nearer to the North pole of the Earth, there is a Kingdom that boggles the imagination with its harshness and coldness. This is a Kingdom where everyone from small to old obey the Snow Queen. At her disposal are beautiful, but deathly cold ice palaces, endless snow valleys and ice-bound seas, but this is not enough for her "she likes to freeze small children! She takes them out of the big and warm World of Men when they are very small, because her little ice sledge can only hold small children, and six ice reindeer carry them into her ice Kingdom at full speed. The Snow Queen loves babies, but educates them in a strict and orderly manner: you can only play at certain times, you cannot be naughty, because the Palace has frozen chandeliers and dishes, they are very fragile, cold ice toys are given to them strictly on schedule. The dining room of the Palace is always full of all sorts of snow sweets: lollipops, ice cream, sweet drinks with ice. Music is playing. Time passes decorously and calmly, but there are restrictions: the Snow Queen does not allow children to play and meet each other, they feel very lonely in their cold rooms, although they know that they have relatives."

"And even siblings aren't allowed to meet in the ice Palace " the son asked.

"No, even siblings are forbidden to meet! Surprisingly, in the chambers of the Snow Queen, time slows down and stops, all the children who fall into the hands of the Queen of the Ice Kingdom, forever remain small children, do not grow up, their little heart sare frozen and do not beat in the chest."

"Why don't moms try to get them back?

"Not all mothers are destined to be reunited with their babies… Many are forever in the sweet thrall of the Snow Queen, because their return to the World of living people can end in death, if their mothers are not helped by good Fairies."

"Where do good Fairies come from?" the son asked, wide-eyed with surprise.

"They live in beautiful palaces in the middle of a fabulous forest in the world of the Living. Mothers of babies come to them and tearfully ask to release the children from the Kingdom of the Snow Queen. However, Fairies cannot help mothers immediately: they must pass many tests to meet the children and show that they are ready to reunite."

"The Snow Queen puts a lot of obstacles in the way of mothers to her Ice Kingdom. Asks riddles, tests their health and stamina, and comes up with various tests. And only the most strong-minded mothers, who have passed all the tests, were not afraid of the Queen's machinations, showed a sincere readiness to meet and give birth to their babies, meet with their children. Only for such mothers, the Ice Witch melts the hearts of tiny prisoners, freeing them from their captivity."

"And they then live with their mothers?"

"Yes, they come to their mothers so that they can never leave each other again. But before the meeting, mothers carry them in their tummy for nine months in order for the babies to warm up, grow and get stronger after staying in the Kingdom of the Snow Queen."

"That is, they turn from ice cubes to live babies in the tummy of their mother?"naively asked her son.

"Yes, baby, something like that," said Jin-Ho, surprised at her own imagination. How adroitly she invented a fairy tale on the run describing the process of cryopreservation, storage, defrosting and transfer of embryos to women's uterine cavity. In the practice of reproductive assistive technologies this process is called cryopreservation. It is used in cases where it is impossible to transfer the obtained embryos in the current, "fresh" IVF protocol, and the uterus is not ready for transfer. Sometimes they "freeze" the remaining embryos after the transfer. Thus, in different countries, the number of embryos that a woman can transfer may be limited and usually does not exceed two or three. Often, the remaining embryos are not disposed of, but offered to be frozen, so that if desired, they can be used for subsequent pregnancies. In Korea, by law, the term of cryopreservation of embryos should not exceed five years, then they are disposed of.

The discovery of cryopreservation and its first use in the Netherlands in 1984 allowed thousands of couples to create a bank of their embryos, delaying pregnancy for a certain time period. Embryo cryobank allows women to recover from heavy surgeries, stimulations and carefully prepare for bearing children, and also allows couples to return for siblings afterwards. Also, frozen embryos are a kind of «gold reserve» in the case of terminated pregnancy in the current protocol.

Consent to cryofreezing and defrosting must be given by both parents, that is, if they have separated for some reason and at least one does not give consent, the embryos are usually disposed of over time. However, storage periods vary from country to country and are not regulated. The chances of pregnancy after defrosting are no less than immediately after ovarian puncture in the IVF protocol. Some researchers even believe that embryos after cryofreezing even become slightly "more tenacious and stronger" than embryos without freezing. Some couples use egg cells or embryo freezing to try to prolong the period of so-called "reproductive youth", that is, to freeze their biomaterial at a younger age, and use it later, when the quality of "fresh material" may deteriorate. If at a later age the woman can no longer bear a child, as an option, the biomaterial is transferred to the surrogate mother. Many well-known people and star-couples do so.

The method of embryo cryopreservation is applicable to the procedure of so-called "adoption" of embryos. When a childless couple, who cannot receive their embryos in the protocol for various reasons, anonymously, with the consent of the real parents, take the embryos for defrosting and further gestation. Naturally, this procedure is not free, but it can solve the huge problem of obtaining ready-to-transfer biomaterial without involving egg cells and sperm donors.

Thanks to proper preparation and competent defrosting of her embryo, Ai Qiao Shan finally learned the happiness of motherhood, and flew to Korea from China for her only baby waiting for his mother in the Snow Queen's castle. She and her husband were head over heel with happiness, having learned about the pregnancy. The entire pregnancy was monitored and conducted in Korea by the doctor, to completely eliminate the possibility of problems. In that happy moment, when they saw the bottomless eyes of a newborn baby, the parents realized that all the trials were not in vain!

at May 26, 2021
Email ThisBlogThis!Share to TwitterShare to FacebookShare to Pinterest