Maternal love does not end in death (16+)

eanwhile, in one of the American States, in a hospital, a mother for the last time clutched in her hands a  tiny hand of her baby girl. She would have to let her go to the land of Angels forever. Only God and her family knew how difficult the girl got to their family: all these procedures, years of infertility…And now she must die.

"Will you sign the papers on the removal of organs for donors?"

"Yes, put them here and give us another half hour alone with our daughter." 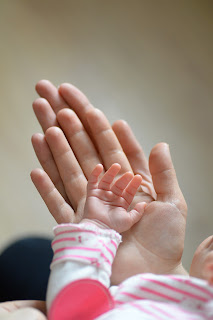 What this woman had to go through was difficult to describe and understand. Tracy and her husband Tom went through several procedures of injecting sperm into the uterine cavity in order to conceive their baby, and before that they've been preparing for a long time and underwent different treatments. When it seemed that all the difficulties were behind, around the middle of pregnancy, they learned the terrible news: their unborn child has a rare genetic disease-the absence of brain lobes and some skull bones. They were not formed in the mother's womb at the initial stage of development and will never be formed again. Such children, if they are born, live for literally a few days. When the first tears and shock passed, the doctors offered to terminate the pregnancy, but the term was too long, there could be risks for the mother's health…

After a week of thinking, Tracy decided to give birth to this girl, not because she was afraid about herself, but because she decided that her baby should give life to other babies, more precisely, not a life, but the possibility of it. It might sound even creepy, but the parents agreed to make the baby an organ donor. However, Tracy and her husband did not even think until the birth that it would be so difficult to part with their sweet, special girl, that they would love wholeheartedly after birth, despite the external deformities.

Only a mother's heart can be so love, so torn apart! The daughter was born by cesarean section; the doctors' forecast came true completely, but she surprisingly wanted to live and lived in this world for almost a week, although it was very difficult for her. The doctors hurried and insisted on letting her go as soon as possible, but her parents were still postponing it, unable to get enough of their precious daughter.

"You are my angel, my girl, and I am so sorry for you…" wailed the inconsolable mother. "How beautiful you are!"

The baby was named Kelly. Her face was out of proportion and distorted because of the missing part of the brain and bones, but the smile was completely unearthly, as if an angel lived in a small body and smiled at everyone around him sincerely and kindly. It was as if she was saying, "Momma, don't worry. I am sent to you on purpose to bring with my love and huge Heart you and Papa together with people who need my kindness. I will definitely return to you, only in a different guise. Don't cry, mom, you can't help me anymore, but together we will become an incredible Force and give our warmth to many people, and the sick children will Live, I will disappear into them."

How much light and life-giving power was there in that smile, pure, bright, and sinless. The mother couldn't make up her mind to take this last step.

"I will always remember you, my joy! You are the most beautiful and strong girl in the world! With your dad we are sorry about everything. We will definitely wait for you and give birth to you again."

These thoughts brought tears to her eyes and at the same time made her feel calmer. Parents of the little girl knew that no physicians and medicine could cure their daughter. May she remain forever in their hearts and in the hearts of the people she would help.

The agitated father entered the room where the mother was saying goodbye to her daughter forever. From sleepless nights and unshed tears after giving birth, his eyes were red and there were dark circles under his eyes, but he could not help saying goodbye to his daughter. They sat next to little Kelly for another 20 minutes, stroking her hands, kissing, crying. They even took a family photo and a selfie, although it was insanely hard to smile for the camera.

"Well, Princess, we say "see you Later!!" Come back soon!"dad tried to joke, a single tear rolling down his cheeks.

"I think it's time to call Dr. Adams," the mother said.

They kissed the baby good-bye and handed her over to the doctors, knowing that this was the last time they would see her. How she smiled at them, no words could describe! Apparently true, the baby was a real Angel!

Thanks to baby Kelly, a new heart, kidneys, liver and stomach were received by several newborns in urgent need of these organs, and the girl's parents received the title of "Honorary donors of the USA".

God heard their prayers, a year and 2 months later Tracy became pregnant on her own and gave birth to a healthy baby girl, who was also named Kelly.

at November 14, 2021
Email ThisBlogThis!Share to TwitterShare to FacebookShare to Pinterest 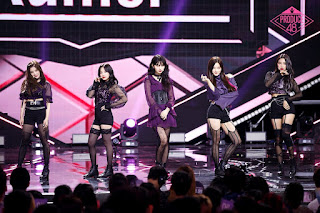