Paradoxically, there are quite a lot of "abandoned" children in seemingly prosperous Korea, and their parents are mostly alive and are doing well. There are more than 20 orphanages in Seoul alone. 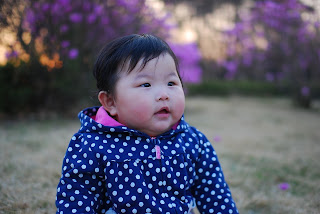 Why do they not want to raise their children in their families, but give them up to the state? Mostly, of course, these are children born from the young unmarried mothers, as well as children with disabilities and children from mixed marriages. In the true mentality of Koreans, illegitimate children by definition should not be, this may put shame on the entire family. If a woman is not married, then automatically there should be no children! And even more terrible cases, when children enter the shelter after the divorce: both parents refuse them, explaining the inability to support them financially. In addition, South Korea is probably the only developed country that allows practically unrestricted adoption of orphans to other countries, although this flow has been significantly decreasing in recent years. Many adoption agencies strongly encourage mothers who are in a difficult life situation to put their child up for adoption and then the agencies would start looking for foster parents abroad. Because it is more profitable for these organizations in financial terms. This is just a business built on hundreds of babies who were torn from their mothers' breasts, on the broken psyche of these children and their mothers, perhaps even on the lives of these children: after all, some of them do not live to adulthood in foster homes in foreign countries. Despite the efforts of public organizations of single mothers and social assistance funds, the situation in the minds of people is very difficult to change.

The majority of the rejected babies are those whose mothers were not given an abortion this is the reverse side of the coin of the abortion ban. There is only hope that the baby, at least, remains alive, has a chance to find good foster parents and get out into the world. Although the fact of being in an orphanage in Korea is usually hidden, as it is usually perceived as a "stigma". It is paradoxical that sometimes even big politicians and heads of entire states find it difficult to find the key to the historical foundations that have "outlived" themselves and take responsibility for new decisions.

Some steps are still being taken to change the attitude towards orphaned children: Children's day is officially celebrated every year in May, and in the new millennium it has also been called The day of Adoption, as the top authorities thought about the problem of the survival of the nation. On this day, all families who have children, arrange holidays for them, entertain and pamper them in every possible way and the families who do not have children yet may start thinking about adopting a child on the day.

There are also ordinary people with a big kind heart who help children and their future parents to make a step towards each other. For example, one of the photographers in Seoul, Cho Se-Hyun, was once asked to photograph orphans who had reached the age of one hundred days. Why hundred? In traditional Korean beliefs, it was customary to think that if a child lived to the hundredth day, then it was most likely that he would survive in this cruel world. From this photo session, emerged as the project "Letter from Angels",designed to find a Korean mother and father for each orphan. Letter from Angels "is an annual exhibition of photo portraits of children given up for adoption, along with Korean famous politicians, actors and singers. Many of them leave their children messages that are especially touching to read. Every year, an exhibition of photographs of orphaned children is held in major cultural centers, as well as photographs are printed in glossy magazines or placed on stands in the city.

The trend of recent years is encouraging: after 2015, adoption in Korea slightly exceeded foreign adoption, and the authorities are doing everything possible to ensure that orphans find their own home and loving parents in their homeland. And even better, if every mother, regardless of nationality, gave birth to a child, felt an invisible subtle connection with him and did not allow her to break it under any circumstances the situation would be different! As it is understood by those mothers, who have known the bitterness of intrauterine loss of a child, the inability to conceive, stillbirth. After all, it is not our children who are born, it is the Angels who choose us to become parents and give us a chance to become better versions of ourselves and give these angels everything we have, and most importantly to share our spiritual mercy.

at April 23, 2021 No comments:
Email ThisBlogThis!Share to TwitterShare to FacebookShare to Pinterest

My novel is on free distribution at the April weekend!

Friends ! Hurry up to download the first part of my novel ANGELS DRINK MILK for free on Amazon! Only 24-25/04 April.

A new part in my book series!!

Dear readers! I've released a new part of my book series! The third book is called " LIFE GOES ON FOREVER IN THE EYES OF OUR CHIL... 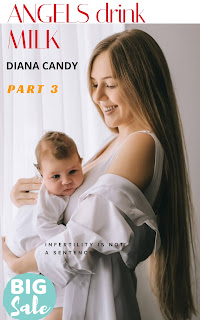