ow to identify several out of the dozens of causes of infertility that determine the outcome in a particular pregnancy? How to get the body to give material and tune in for pregnancy? How to heal organs at the nanoscale, the level of cells and mechanisms of exchange between them? It's an art! Not every doctor destined to master it, but only the chosen ones, whose hands create the Divine beginning. In this difficult case, it is important to be a subtle psychologist, since the treatment of the body and soul are often closely interrelated.

In the world medical practice, there are cases when, thanks to IVF technologies, women who are over sixty years old give birth, naturally, using donor material. This is an exception to the rule, of course, but isn't it an inspiring miracle? Once upon a time, even fifty years ago, some people believed in the power of healers and fortune tellers.

And this miracle of new technologies is not the last: ahead there will be wars for the right to maximize genome editing, stem cell treatment, nanotechnology, experiments with the full growth of an embryo in an artificial uterus from the moment of conception to birth. Naturally, these processes will generate a lot of machinations in this field…Probably, even criminal ones. Perhaps these experiments will lead to a massive pandemic or the replacement of the human race with a "Superman" or something else. But I still want to believe in a positive outcome and in the wisdom of the powerful at the same time, researchers, doctors, and ordinary people who give consent to experiments with their biological material.

After all, humanity in the twenty-first century simply has to go to a new stage of development. Although there is an opinion that childlessness is one of the ways of evolution, invented by nature itself, tired of the oppression of human exploitation of its resources. Maybe by leaving infertile some couples (who do not want to or for various reasons cannot  engage in health care and use the latest treatment technologies), nature thus gets rid of "excess" human material? For now, these questions, like many others, remain open to future generations…

at May 05, 2022 No comments:
Email ThisBlogThis!Share to TwitterShare to FacebookShare to Pinterest

THE OPINION OF PARENTS IN SOUTH KOREA

ow do you plan to spend the received Nobel prize?" the parents asked the daughter upon their return from Sweden. They had, of course, thought that the money would be set aside for the expansion of housing conditions and the upbringing of a grandson, but Jin Ho was categorical.

"My dear mum and dad, I've been cherishing this idea for a long time, and now I've got these money as a gift from fate and Higher powers. I don't want to disrupt your plans, but I don't plan to use this money for the needs of my family…"

"Have you decided to give them to charity?" the father's voice was both a question and an alarm.

"No, don't worry, dad, not for charity. Although, I would like to transfer some of the funds to needy children. With the money I received, I want to fulfill an old dream. I want to open my own clinic for human reproduction, and ideally also a research center with laboratories attached to the clinic: in fact, the advice and approval of the elders was very important to Jin Ho and she was very worried.

"Wow! I have always been proud of your ideas, daughter! I think that this will be the best use for these money. Your clinic, and especially with a research center, will bring much more benefit to people than buying a new apartment or car," the father, like most Koreans, was ready to completely sacrifice his personal interests for the sake of the well-being of the nation and of all humanity.

The mother also supported the idea:

"That's right, daughter! You will earn money for our baby's education by receiving interest on investments in the future, and the money received from the Nobel Prize will be an ideal brick for starting your own business. Well, where else would you get the start-up capital? Our clever girl!" she kissed her daughter on the forehead, and the hearts of all were calmer.

In fact, Jin Ho had long cherished the idea of opening her own clinic, dating back to her student days. Firstly, in this way, it can be completely independent of the higher management. Secondly, together with a close-knit team of colleagues, they will be able to implement scientific ideas and, most importantly, conduct experiments in the laboratory and introduce them into medical practice, subject to obtaining the appropriate permits from the Korean medical community. Thirdly, the opening of the clinic is the most logical investment of funds allocated from the Nobel Foundation, an investment in the future of humanity, everything as he bequeathed.

Especially in the scientific environment in which the female professor worked, very interesting projects were planned, in particular, related to the use of the potential of purified placenta cells[1] in medicine as a source of stem cells[2].

In the bright head of Jin Ho, a lot of ideas for the implementation of this "power" in the field of gynecology were living, because it had long been known that the introduction of pure stem cells into certain organs of the body can cause rebirth, regeneration of cells of this organ! And how many placentas are thrown out after childbirth in the world? It's crazy that the most valuable source of stem cells is simply being disposed of! If we industrialize the production and cryopreservation of cells from the human placenta, how many people's lives could be saved? She couldn't even imagine! What if the cells obtained from the placenta are used to treat the inner lining of the uterus, which is so important for attaching the long-awaited embryo? These and other methods were precisely what Professor Kim Jin Ho planned to do in her own laboratory.

There were many questions and sources for reflection… The most important, the initial capital was now found, the first brick of the future clinic! The opinion of her parents was the most important factor for Jin Ho; she would now definitely achieve her goal and in the near future would definitely open her clinic in Seoul, she was confident in her endeavors. Moreover, she was sure that the clinic would become famous all over the world!

The next day, she would start looking for creditors, a suitable building, contractors. Jin Ho had good friends in project planning who promised to help. Moreover, her closest person, her husband, agreed to deal with the issues of renting premises, accounting and supplies. If all goes according to the plan, then in the future, Gi Hyun was even ready to quit his job and become the chief Manager of the new medical center.

"O, Great Powers! Help me implement all my plans! You know, I'm not asking for myself personally, but for the benefit of hundreds, maybe thousands, of sick people. I know that maybe these people are to blame for their illnesses or work off karma, but I can help them recover and realize their path! Help us to take the first stepto get up from our knees and have all the opportunities in our hands," so Jin Ho prayed every time she went to her favorite temple and quietly chanted mantras[3].

[1]             The placenta is an embryonic organ in all female placental mammals that allows the transfer of material between the fetal and maternal circulation systems.

[2]Stem cells are undifferentiated or partially differentiated cells that can differentiate into various types of cells and proliferate indefinitely to produce more of the same stem cell. They are found in both embryonic and adult organisms, but they have slightly different properties in each.

[3]          Mantra is a sacred text in Hinduism, Buddhism, and Jainism that usually requires accurate reproduction of the sounds that make up it.

at May 04, 2022 No comments:
Email ThisBlogThis!Share to TwitterShare to FacebookShare to Pinterest
Newer Posts Older Posts Home
Subscribe to: Posts (Atom) 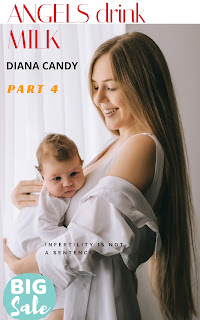